Across from Wrigley Field

Murphy’s Rooftop Company is part of Murphy’s Bleachers which is located directly across the street from Wrigley Field on the corner of Waveland and Sheffield. This is across from the bleacher entrance thus the clever name. If you can’t figure out how to find us from that here are some helpful general directions:

Get off at Irving Park Road and head East on Irving Park until you reach Sheridan. Make a left on Sheridan so that you are heading South. Head South four blocks and you’re here, you may notice that Sheridan becomes Sheffield as you head South.

Exit at Addison by making a right off the off-ramp. This will put you heading East. Follow Addison all the way to Sheffield you’ll see Wrigley Field on your left side. Make a left on Sheffield and go one block North and you’ve found us.

Coming from the North or South on Lake Shore Drive:

Note: we recommend this route even if coming from the South because exiting at Irving Park Rd. rather than Belmont is almost always faster. Exit at Irving Park Road and head West on Irving, this means you are heading directly away from the lake. Make a left on Sheridan, which puts you facing South. Follow Sheridan as it becomes Sheffield for four blocks and you’ve arrived.

Coming from the West on 290 (the Eisenhower):

This message is only visible to admins.

PPCA Error: Due to Facebook API changes on September 4, 2020, it will no longer be possible to display a feed from a Facebook Page you are not an admin of. The Facebook feed below is not using a valid Access Token for this Facebook page and so will stop updating after this date. 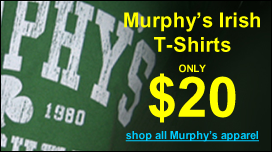